What Does Jailbreaking An iPhone Mean & Why Should You Be Aware Of It? 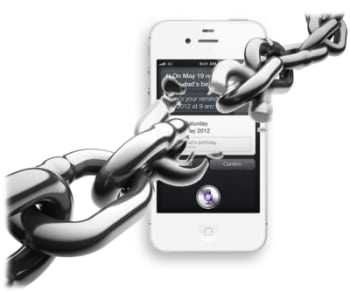 What Does Jailbreaking An iPhone Mean & Why Should You Be Aware Of It?
4.9 (98.07%) 207 votes
The term Jailbreaking an iPhone or iPhone Jailbreak is quite common these days. Although it might be a common term, not many people understand it or know much about it. The following post is going to explain each and every minute detail associated with the Jailbreaking process of iPhone – in fact much simple and smarter! By the end of this post, you will know much more about what Jailbreaking means, why would one want to Jailbreak an iPhone, and what other things should one care for – everything will be answered in this post!

This is the initial point of understanding things about How to Jailbreak your iPhone, and when you have read about it, you can go ahead to A Simple Guide To Jailbreak Your iPhone! – which explains the Jailbreaking process in simple terms.

What Is Jailbreak And What It Does?

Apple iPhone was made in such as way that nobody (nobody!) could install any third party apps or software in the phone, which meant that no other apps other than Apple’s would run in an iPhone. This clearly meant, that iOS was a strict and closed operating system which prevented other apps from running on the phone. The only way third party apps could run on an iPhone was, if the app was bought from the Apple store, i.e iTunes.

This wasn’t a big deal, and normal iPhone users didn’t even face any issues related to the strictness of iOS. However, when other smartphones and operating systems started emerging in the market, users saw that there is an abundance of apps and softwares which are free to use! We won’t stress on the free apps because of the nature of this site; we’d be talking about how to install any cell phone spy app on an iPhone after jailbreaking it.

Since smartphone market is flooded with free of cost third party apps, it has become extremely difficult for the iPhone users to download these or customize their phone. The reason for this strictness is that iPhone users can only use the apps which are available from Apple store. If you want to skip this and set your iPhone free, then you need to Jailbreak it!

What Does Jailbreaking An iPhone Mean?

Jailbreaking, in simple terms mean modifying the operating system with the help of a software. The main part of Jailbreaking process is the right software. Only this process will help to modify iOS and let the phone use all other third party applications and softwares, irrespective of the fact whether they are paid or free.

Cydia, a Jailbreaking software, is usually used to accomplish this process. This app is a store which gives you a gateway to all the other apps available for iPhone use, which otherwise were not available for use until and unless the phone was jailbroken. So once you install Cydia, you can download all of these third party apps easily.

As told earlier, it is very important to pay attention to match the hacks, or lets say Jailbreak version as per your iPhone’s Operating System Version. If you get a Jailbreak version different that the iOS version, then it won’t work. There is no Jailbreak that works for all iOS versions, because whenever Apple launches a new iOS, the hackers work on developing a Jailbreak for that new iOS.

What most of the iPhone users don’t know is that Jailbreaking an iPhone is absolutely free. On the contrary there are many websites on internet which offer Jailbreaking, but they’re paid. Don’t pay for something that you can do easily and most importantly free of cost!

What Is The Difference Between Unlocking & Jailbreaking?

Unlocking an iPhone & Jailbreaking are two different concepts. Unlocking an iPhone is a process of modifying iOS so that the phone could work on other network carriers other than the official carrier provided by the company in a specific country. This is because usually when one buys a cell phone that has a contract with some mobile carrier company, then you can’t use the phone’s carrier – this is what a locked iPhone mean. So if you unlock an iPhone, you can easily use any other company’s service.

On the other hand, Jailbreaking an iPhone is a process of modifying iOS so that apps other than Apple’s could be installed and used on it. You don’t need to unlock an iPhone before Jailbreaking it.

How Does A Jailbroken iPhone Behave?

But like any other app, Cydia app could also be hidden and not show up on the home screen. So if you don’t see Cydia app on your homescreen, it does not necessarily mean that your iPhone isn’t Jailbroken. There is another simple way to check is by trying to Jailbreak it. When you try to Jailbreak it using the software, the software will inform that the iPhone has already been Jailbroken.

Why Jailbreak Your iPhone?

If you aren’t happy with what Apple has provided you with, then you have no other option than to Jailbreak your iPhone and customize it as per your need. If you are happy, you don’t need to perform this process.

When you have a Jailbroken iPhone, you can install any cell phone spy softwares on it. It is obvious that people despise the idea of Apple taking over the iTunes stores and apps. They want freedom and liberty to customize their iPhone, especially when they have paid so much for it. Jailbreaking is a simple process to make your iPhone adjust they way you want it to!

● Is Jailbreaking legitimate?  It absolutely is legitimate to do!

● Is it free?  While most websites offer a paid service to Jailbreak the iPhone, you can easily do it yourself by using Cydia app, which is free!

Does Jailbreaking Nullify the Warranty?

Jailbreaking does nullify the warranty of iPhone, as Apple doesn’t allow it. But this is only if you need to get your iPhone repaired. On the other hand, you can reverse the Jailbreak process (did we tell you that Jailbreaking is totally reversible?) and if you do it, you can restore your phone or update the iOS and the Jailbreak will get removed.

Is it safe for my iPhone to get a Jailbreak?

It is absolutely ok and safe for an iPhone to undergo the Jailbreak process. It is one simple step that will transform the way your iPhone work and feel. Make sure you take a complete backup of your iPhone and keep it safe. A backup will ensure that if something goes wrong, then you have all your data at your disposal and you can restore your phone along with the data. Jailbreaking is totally reversible and you can undo it anytime you want to!

Jailbreaking is not a difficult process, and almost anyone can do it easily provided they have the right kind of app for it, not to forget, one must follow the directions properly. Just get the right Jailbreak app and version according to the iPhone’s OS version and follow the steps, its that simple.

How Long Is The Jailbreak Process?

Jailbreaking depends on the kind of app one chooses, and the process may take anywhere from 2 to 8 minutes, or maybe even more!

Can A Jailbroken iPhone Be Updated?

If a jailbroken iPhone is updated with the new OS version, then the Jailbreak will immediately be removed. If you want to sustain the Jailbreak, then wait for the latest update and then you can jailbreak it again.

An Easy Way To Root Your Android!

How To Jailbreak Your iPhone – A Simple Guide

How To Remove Cell Phone Spy Software and Protect Your Phone

How To Spy Viber Calls And Messages: Know Each And Everything 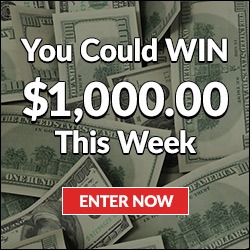